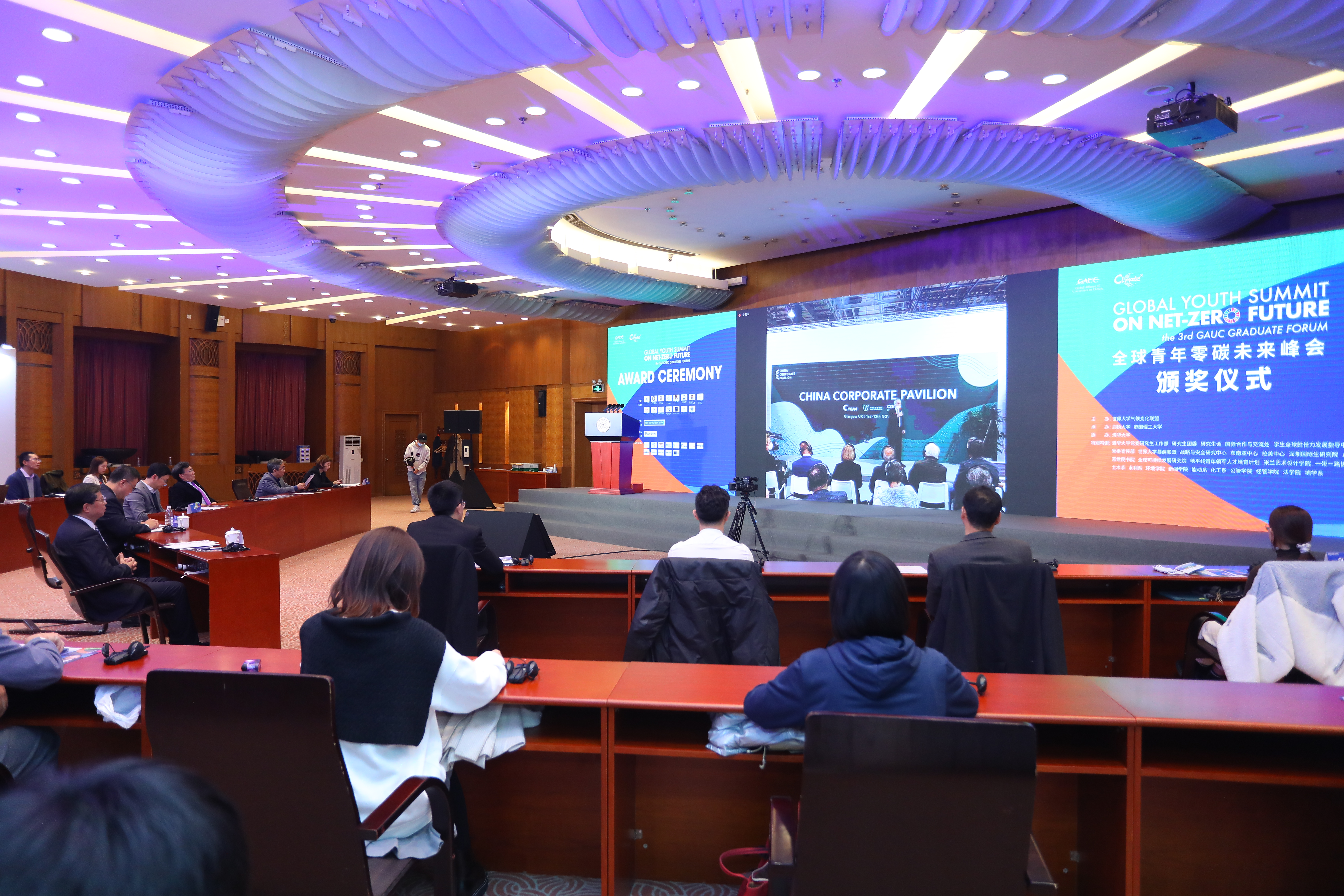 （5th Nov）-- Young people from around the world are taking leadership in addressing global climate change -- evidenced by the award-winning projects, commercial solutions and films honored at the Global Youth Summit on Net-Zero Future (Climate x Summit) held by the Global Alliance of Universities on Climate (GAUC).

The Climate x Summit, formally titled "The Global Youth Summit on Net-Zero Future," includes 30 events, with over 1 million people participating. The Awards Ceremony was held in two venues simultaneously: in the COP26 China Corporate Pavilion in Glasgow where world leaders were gathering, and at Tsinghua University in China. The Awards showcase the unwavering commitment by higher education to bring fresh proposals, innovative ideas and youthful energy to address the climate change. 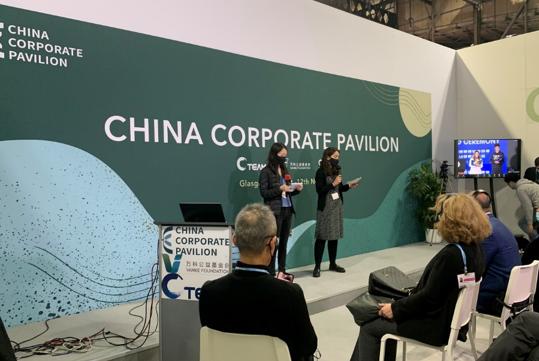 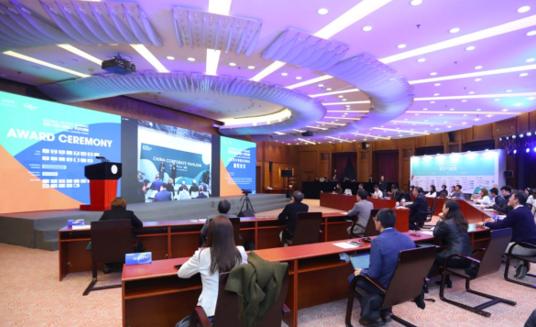 The ceremonies included a short documentary, “Message to Youth,” in which presidents of GAUC-member universities shared their experiences in addressing climate change, how they found their passion for the environment, and spoke about what they expected from the next generation. Excerpts from the "ActNowFilm," a Youth Voices Project that offers messages to COP26 negotiators and world leaders, was also shown.

Other Climate x Summit projects and competition entries themed around the synergy between climate and Nature/Biodiversity, Energy, Health/Food, Transportation and the UN’s Sustainable Development Goals. 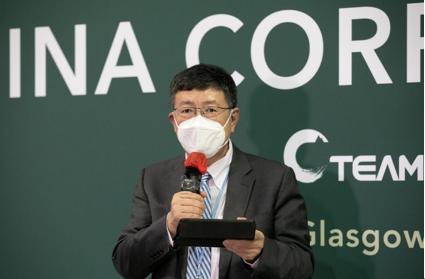 The Ceremony opened with a speech by Li Zheng, in the main venue of COP26 China Corporate Pavilion. Li Zheng recalled the preparation of the Climate x Summit from the warm up events during the Climate Week NYC, Convention on Biological Diversity COP15 all the way up to the main events of Climate x Summit. “Today concludes the first week of COP26. We meet in Glasgow, in Tsinghua, and across nine countries together,” he said.

Xie Zhenhua, Special Envoy on Climate Change Affairs, China, sent his congratulation to the awarded students. “Congratulations! It is up to you, the young people, to realize the aspirations and goals of a net-zero future that we are negotiating and pursuing today. ” 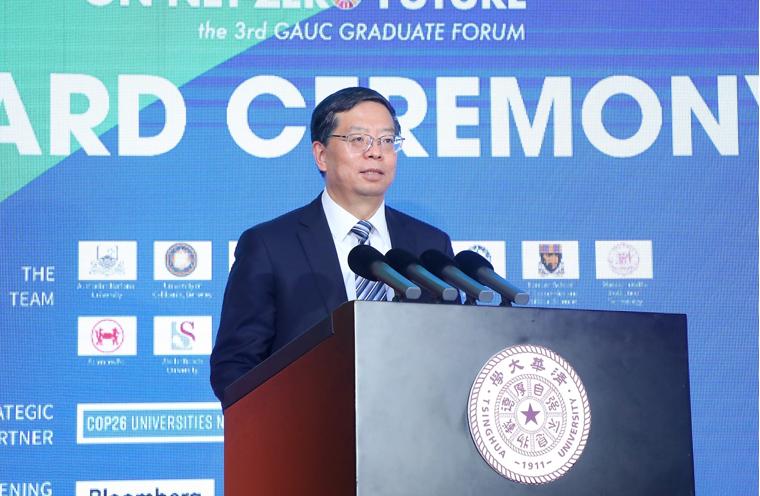 Qiu Yong conveyed his gratitude towards the GAUC member universities and partners for their affirmative support towards GAUC and the Climate x Summit. “How to deal with climate change and mitigate natural disaster risks have become serious issues for all countries, which require collective efforts of the global community. This decade is an extremely important period in the history of humanity, as it will determine whether we can achieve a carbon-neutral future. Young people play a vital role in achieving this goal，” he said. 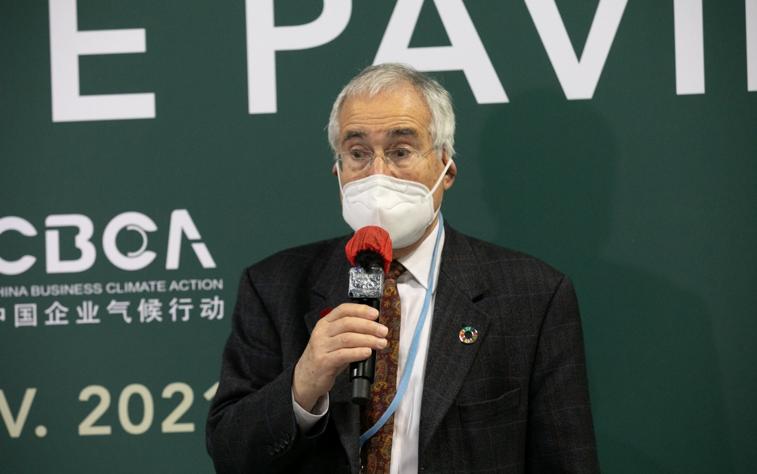 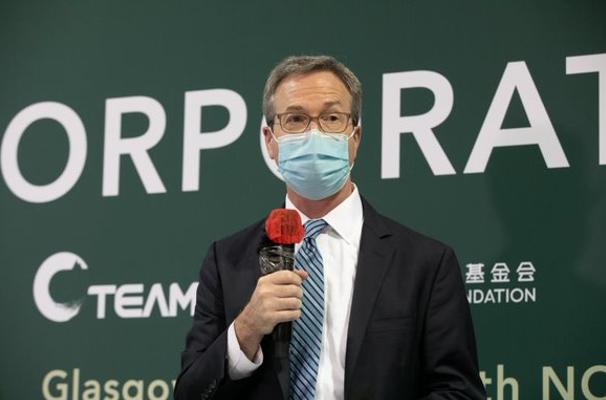 Anthony Leiserowitz spoke highly of the host of the Climate x Summit in his speech. “GAUC is a network to exchange our best ideas with one another to together get smarter, faster at the scale and speed of climate change and other shared global challenges,” he said. 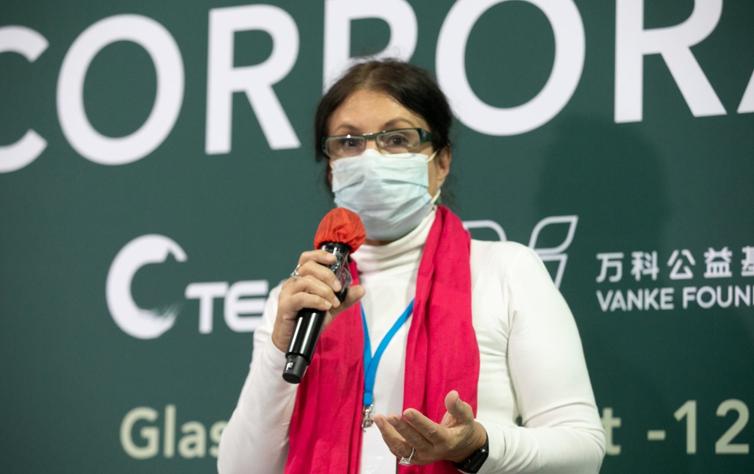 “It’s in the hands of youth – the idea of how to overcome so many barriers ahead of us in confront of climate change. Youth are not biased yet, and their ideas are fresh.” Suzana Kahn Ribeiro said. “I think they will have real contribution to overcome the barriers.” 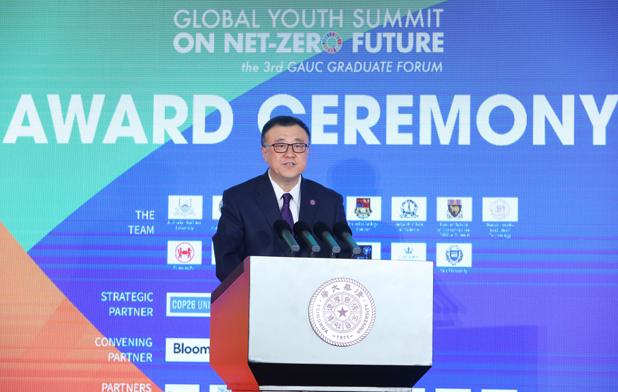 During the Awards session, Yang Bin introduced the Tsinghua Climate Week, a campus wide climate action initiated by Tsinghua students whom organized 15 events, both online and offline, within the same week of Climate x Summit, from 25th Oct to 29th Oct. The action, involving 24 departments and research institutes, attracted more than 80,000 people, cumulatively, while arousing heated discussions on campus and society.

Yang Bin then announced the winners of the Best Paper of Academic Track. 10 graduate students won honors for their outstanding research on the synergy between climate and other areas, namely Nature/Biodiversity, Energy, Health/Food, Transportation, and the UN’s Sustainable Development Goals (SDGs). Deng Zhu, a Ph.D candidate at Tsinghua, presented his award-winning research. 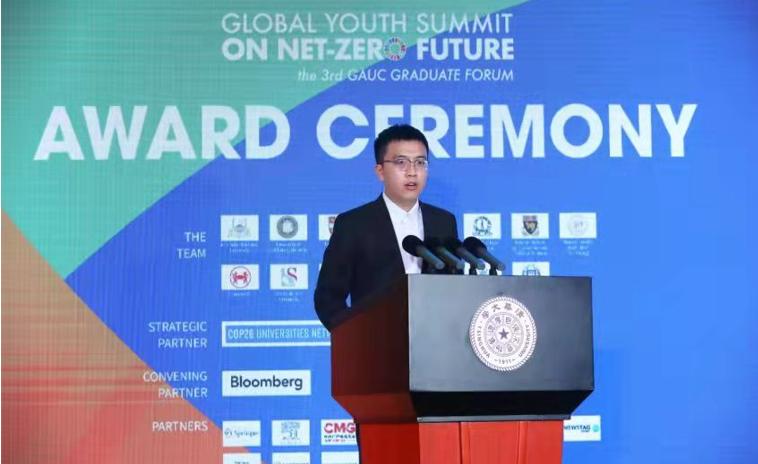 After a short introduction by Emily Shuckburgh, the ceremony also played a part of the Voice Track project — ActNowFilm. The full film will be shown in the COP26 Green Zone on Nov. 11. 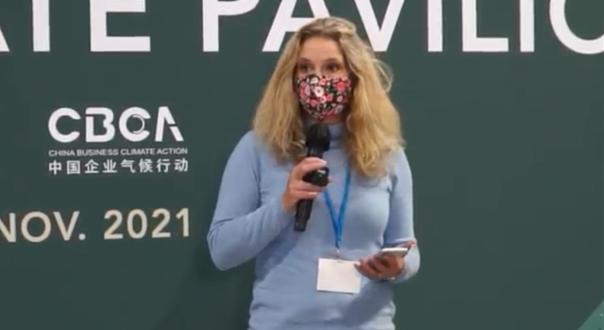 “This film brings the voice of youth to COP26. Cambridge Zero is delighted to have co-led this initiative with the Bath Institute for Policy Research, sponsored by the COP26 UK Universities Network and supported by GAUC.” Emily mentioned in her speech.

Eight teams, each comprised of students from different GAUC universities and disciplines, participated in the Action Track. The team named Adaptables, with their pitch for an interactive app, SEAadapta, won the Climate x Hackathon Prize.

“We need to be creative and innovative in the way that we tackle climate change and develop different ways of implementing solutions.” Martin Siegert stated before he presented the winning teams of the Action Track. “This initiative showcased the importance of international collaboration, multidisciplinary research and addressing the co-benefits of climate change solutions. The students in the Action Track demonstrated the advantages of working with others from different disciplines and backgrounds, to allow new ideas to germinate and develop into potential solutions. The selected students showed enthusiasm, creativity, and resourcefulness, and we believe that the experience of the activity will have a positive impact.” 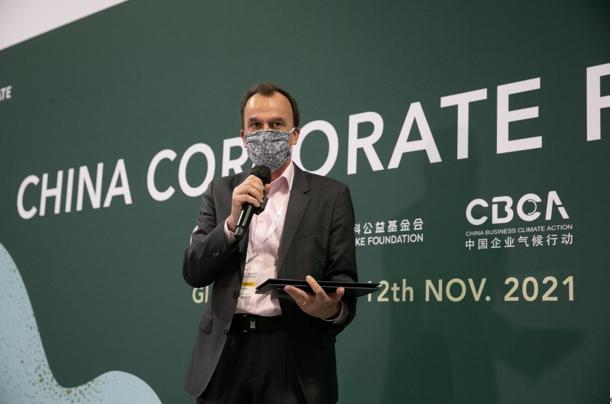 To embody the passing of the leadership torch from one generation to the next, the ceremony also premiered “Message to Youth,” in which presidents from GAUC member universities recalled their own experiences in addressing climate change, how they found their passion, what obstacles they have defeated and what expectations they hold for the next generation.

Student representatives from the GAUC universities then made the "Global Youth Climate Declaration". Inspired by the Climate x Summit, the participants from the Voice Track initiated the declaration and gathered modifications and signatures from youth across six continents, aiming to inspire more youth to take part in climate action. 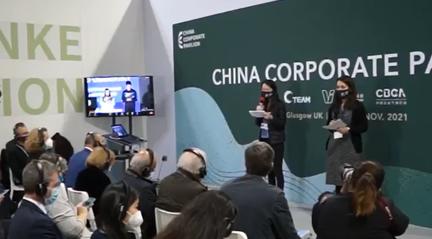 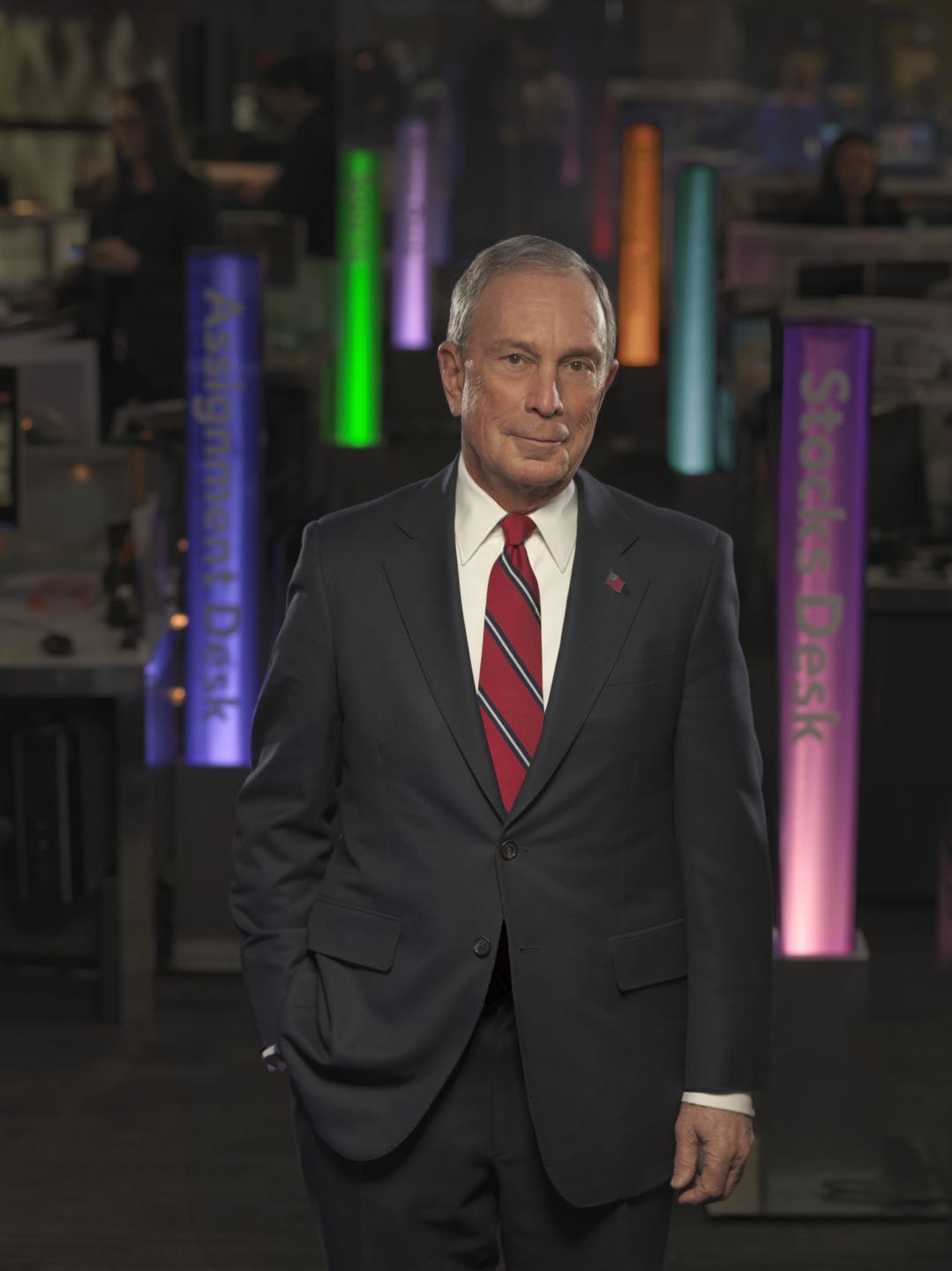 "Young people know that if we fail to act, they will be the ones who face the most severe consequences of climate change—which is why they aren't waiting until they're older to lead. They're doing it right now," Michael R. Bloomberg, the UN Secretary-General’s Special Envoy for Climate Ambition and Solutions and founder of Bloomberg L.P. and Bloomberg Philanthropies, said in his congratulatory letter to the Summit, "This year's Summit provided a critical platform for a diverse group of young voices to come together—and they developed a plan that has the potential to make a big impact in the fight against climate change." 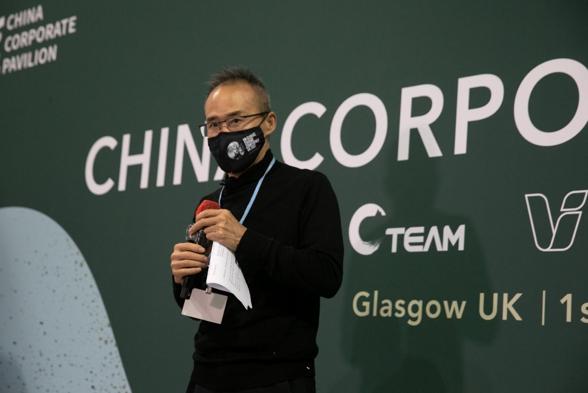 Wang Shi, Founder of Vanke Group, addressed the Summit as a representative of the summit’s partners. Being a renowned Chinese entrepreneur himself who start to attend the UN Climate Change Conference of the Parties decade ago, Wang Shi recalled his own experience in the speech and emphasized the critical role youth could play in addressing climate change.

At the end of the ceremony, Martin Siegert gave back the summit’s flag, on behalf of the organizing universities of UK, to Li Zheng. In 2022, Stellenbosch University, a GAUC-member university based in Africa, the continent where the COP27 will be held, will lead the organization of the Climate x Summit. 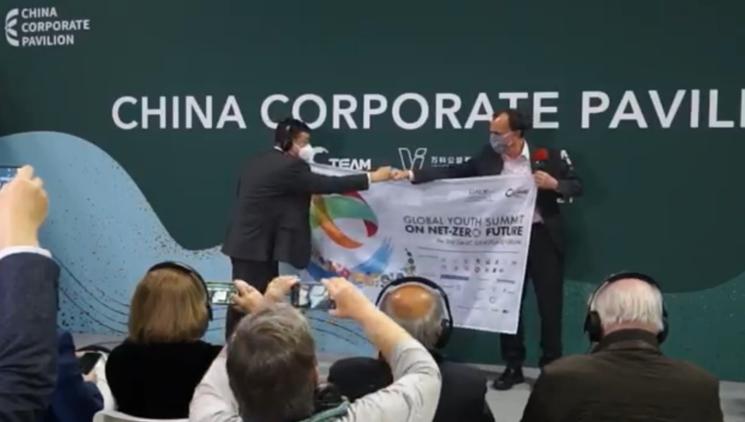 “Looking forward to our next gathering in Africa, next year!” Li Zheng said. 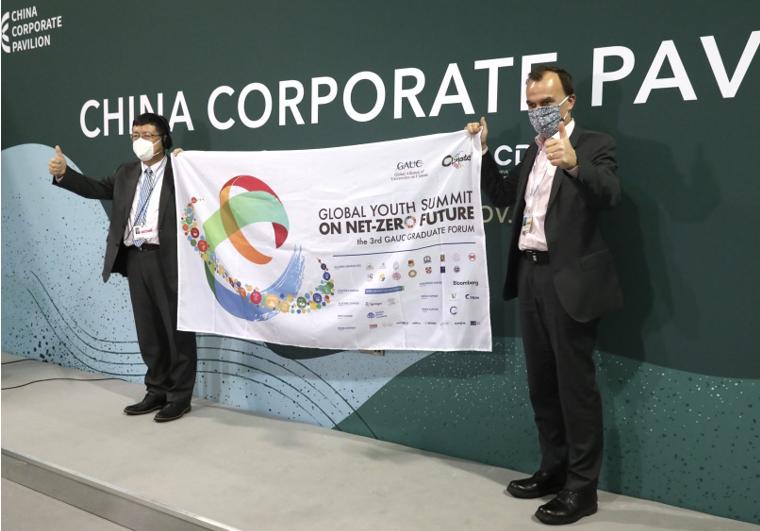 Climate x Summit is a collective endeavor by GAUC’s 15 member universities, with the strategic partnership of the COP26 Universities Network, a growing group of around 80 universities in the UK, the host country of the COP26.

Support for Climate x Summit comes from committed partners, including Bloomberg LP as the convening partner, academic support from Elsevier and Springer, COP26 venue support by C-Team which is affiliated with the Vanke Foundation, and with technical support by the Global MOOC Alliance.